YOU SHOULD DEFINITELY LISTEN TO BEFORE SUMMER ENDS 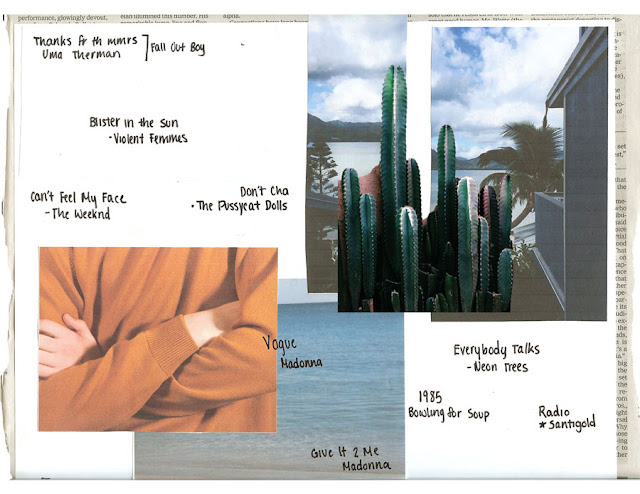 I've collected a list of songs that reflect summer, and the memories you don't want to let go of before summer ends. So many people think of the end of summer as a melancholy time, but I don't think so. There is always next summer, and there is the rest of the year to plan how to make next summer even better. It's upbeat; so are the good memories.

Recently, the Science News Magazine published a series of articles about time. In one of them, they discussed a really interesting experiment that resulted in a new theory about why time progresses forwards. A scientist named Barbour set up an extremely simple simulation of the universe, consisting of 1,000 particles in space that only interacted through gravity. They recorded as the particles clumped together in one mass, then separated into smaller and smaller masses, creating complete disorder. (Also interestingly enough, it has been scientifically proved that the universe has an affinity for disorder, which is even represented through two official laws of science. A common example of disorder is the way that you can mix milk into coffee, but there is no way to un-mix it. ) In any case, Barbour and his colleagues made a connection between the unusual pattern in their experiment and the universe. The big clump resembles the conditions at the start of the big bang - and everything that the particles did after shows what is happening now. With this came the idea that possibly, we are just one of a pair of universes, both which began their flow of time during the Big Bang. While in one universe time moves forward, in the other, time moves backwards.

My question, Stephen Hawking's (The Theory of Everything is a great movie about him!) question, is what is time? Why is there nostalgia? Where do memories go? Why does time seem to slow down when your life is in danger, speed up when you are in intense moments of joy? I feel as if I spent so much of my life thinking about these things, but have only now really asked the questions. I'd like to find out, someday.

What is your summer playlist? Do you know any of these songs (though I'm certain you know at least some!)?
Email ThisBlogThis!Share to TwitterShare to FacebookShare to Pinterest
filed under: /MIXTAPE